Three undergraduate students at the University of Washington are among 396 around the country who have been named Goldwater Scholars for 2020.

The Goldwater Scholarship Program supports undergraduates who “show exceptional promise of becoming this nation’s next generation of research leaders” in science, technology, engineering and mathematics. The scholarships go toward tuition, room and board, fees and books up to $7,500 annually for one or two years.

The 2020 Goldwater Scholars from the UW are Keyan Gootkin, Parker Ruth and Karen Zhang. 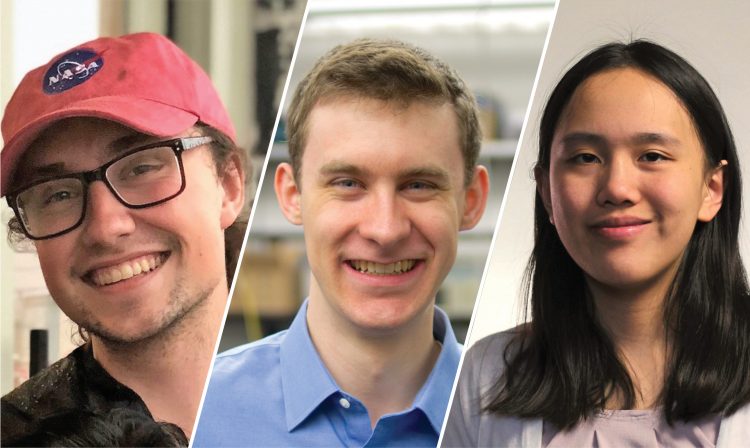 Gootkin, Ruth and Zhang.University of Washington

The 2020 Goldwater Scholars were selected from a pool of more than 5,000 undergraduate students nominated by 461 academic institutions. A majority of this year’s awardees, 287, are studying the natural sciences, while 59 are majoring in engineering and 50 are majoring in mathematics or computer science. Most say that they intend to pursue a doctoral degree.

The Barry Goldwater Scholarship and Excellence in Education Program was established by Congress in 1986 to honor Barry Goldwater, a five-term senator from Arizona and Air Force Reserve major general. Since 1989, the program has provided 9,047 scholarships totaling more than $71 million dollars.